In 1963, Philips presented the cassette for the first time, as we know it today. At that time, it still had to compete with several types of tape cassettes until it dominated the market in the early 1970s. The cassette was characterized above all by its compact size and favorable manufacture.

Over the years the sound quality of magnetic tapes has been improved. At first only in mono, one could later also record in stereo. The Dolby B noise reduction also brought an enormous quality improvement. The first car hi-fi radio with a cassette player Philips introduced to the market in 1968 and the first Walkman was presented by Sony to the public in 1979. With this it was possible to listen to cassettes anywhere for the first time.

With the invention of the diskette and the increasing digitization in the 1980s, however, the cassette became increasingly important. By now, the cassette has largely been replaced by digital technology. In countries of Africa and South Asia, however, cassettes are still used as a standard playback medium. Not only does the cassette continue to enjoy popularity there, also in Europe, the USA and other countries show increased sales numbers of cassettes.

T.A.P.E. MUZIK (formerly Audio-Service) still produces cassettes in many colors and variants from lovers for lovers of the medium. 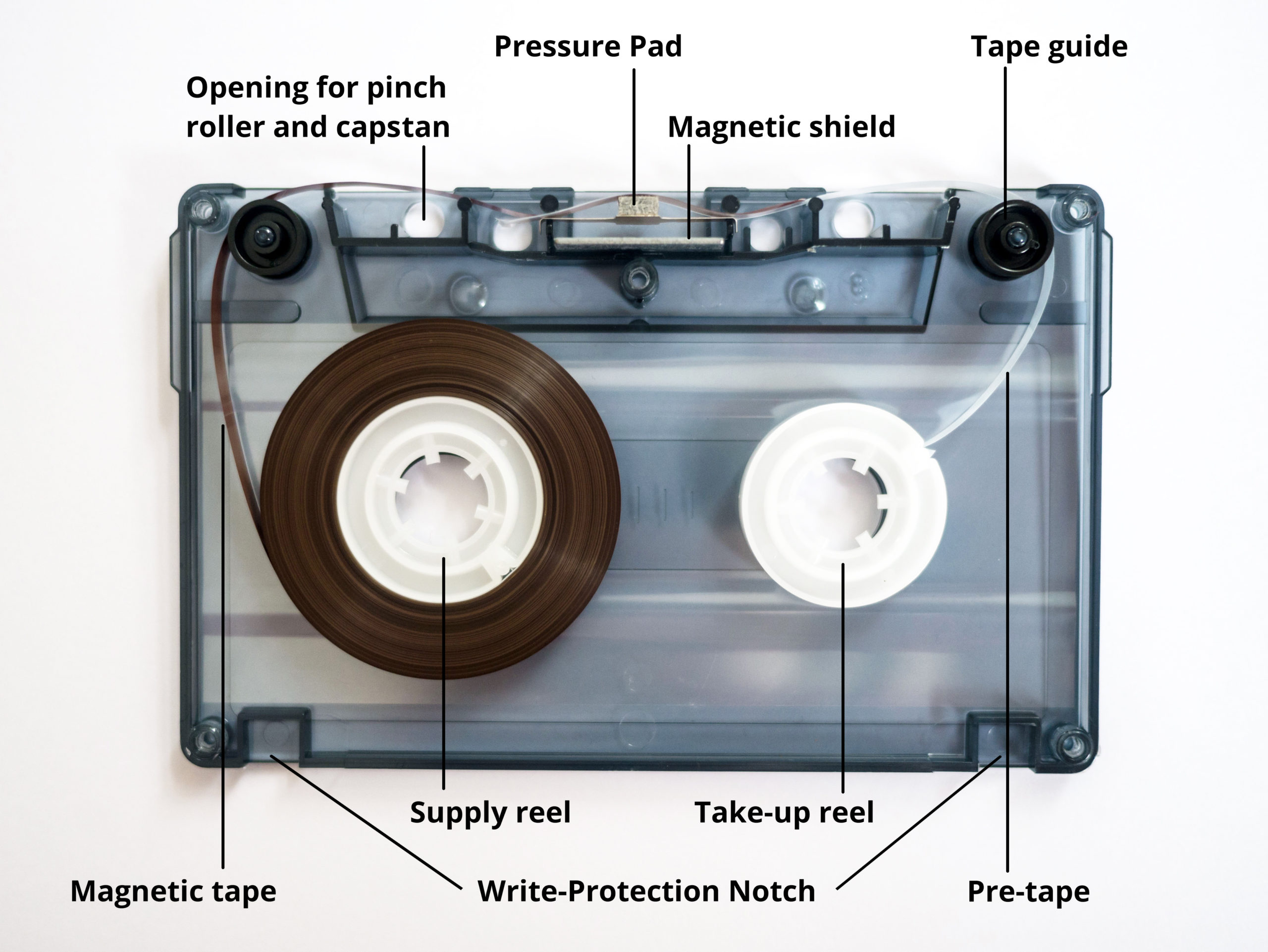 Structure of a cassette

Inside is a magnetic tape of coated plastic, wound on two tape winding rollers (take-up and supply reel). The coating can be made of ferro or chrome. This tape is recorded on stereo with 4 sound tracks (two for each direction) by magnetization of the metal particles. The playing time can be selected up to C90 (45 min on each side). Before the actual tape, there is also a pre-tape.

All of this is held together by a plastic case with several openings: Holes for the capstan and pressure roller of the playing device, as well as an opening for the tape, including a pressure pad as support on the upper side and the two protection notches on the underside

What is a protection notch?

Audio cassettes can be protected against overwriting (erasing) the recording. An open recess on the left side of the top edge (the side facing the tape openings) indicates that the corresponding side of the cartridge is protected.

Such a protected cassette can only be played back – but can not be used for new recordings.

Cassette recorders have a sensor to check this recess.

To reuse, the recess must be covered; In some recorders, the recording button can be released by manually actuating the sensor before the cassette is inserted.

At an unplayed sold cassette, the recess is initially hidden by a break-out tongue. 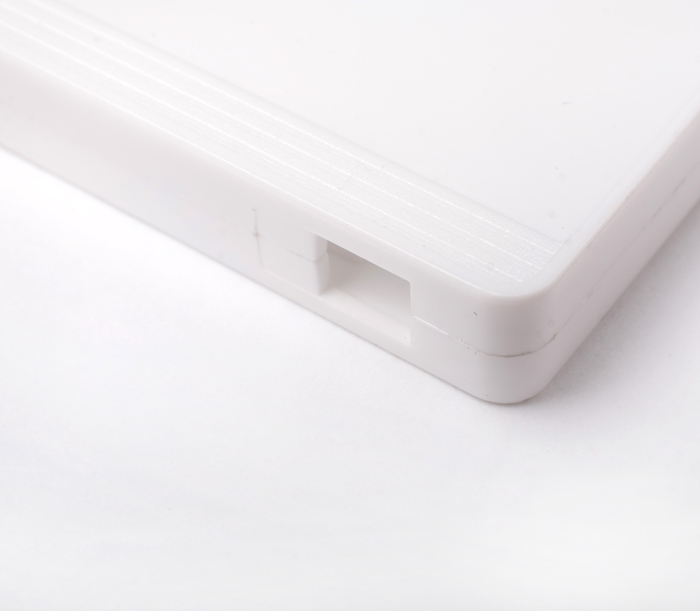 The difference between ferro and chrome tape

Cassettes can be ordered with two different tapes in our shop: ferro and chrome.

Chrome (CrO2) tapes have a higher dynamic range, less noise and can record a wider frequency range than ferro (FeO) tapes. Because of this they sound “closer to the original” than FeO bands.

Both kinds of tape can be ordered either as blank or as duplicated cassettes.

This website uses cookies to improve your experience while you navigate through the website. Out of these cookies, the cookies that are categorized as necessary are stored on your browser as they are essential for the working of basic functionalities of the website. We also use third-party cookies that help us analyze and understand how you use this website. These cookies will be stored in your browser only with your consent. You also have the option to opt-out of these cookies. But opting out of some of these cookies may have an effect on your browsing experience.
Necessary Always Enabled
Necessary cookies are absolutely essential for the website to function properly. This category only includes cookies that ensures basic functionalities and security features of the website. These cookies do not store any personal information.
Non-necessary
Any cookies that may not be particularly necessary for the website to function and is used specifically to collect user personal data via analytics, ads, other embedded contents are termed as non-necessary cookies. It is mandatory to procure user consent prior to running these cookies on your website.
SAVE & ACCEPT